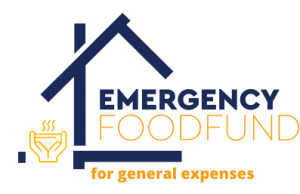 The Hellenic Initiative supports the Food Bank Greece and funds for the entire 2022 the Emergency Food Fund program to cover general food needs.

We thank The Hellenic Initiative for the trust, as well as the entire Greek community for its love!

Athens Food Bank, a member of the European Food Banks Federation (FEBA) since 1995, helped many needy families during Greece’s 10-year crisis. Last year, the long-awaited economic recovery arrived but was cut short by Covid-19, making Food Bank’s battle against food insecurity more important than ever. The $50,000 donation by The Hellenic Initiative (THI) will support the organization’s Emergency Food Fund.

The Hellenic Initiative is a global nonprofit institution founded in 2012 by the Greek Diaspora and Philhellenes to respond to Greece’s economic crisis through humanitarian aid and investing in the country’s future.

To this date, The Hellenic Initiative has invested over $16,5M supporting direct crisis relief and economic development programs. In 2020 The Hellenic Initiative shifted gears in response to the pandemic, funneling more funds – some of it (like the AFB grant) raised through its first-ever virtual Gala – to groups like Food Bank.

The brainchild of the late Gerasimos Vassilopoulos, the Food Bank was established to combat food waste and hunger at a time when few in Greece cared. In 2020 alone, the Food Bank distributed 1,850 tons of food to approximately 43,000 people through 150 Athens-area local charities.The nonprofit receives donations from food production and trading companies at its modern warehouse and the food is donated to institutions it has partnered with for a long time, like nursing homes and orphanages, and soup kitchens run by churches and other groups.

A sophisticated tracking system which connects with the FEBA database ensures efficiency that is vital because of the short shelf life of much of the goods.

Dimitrios Nentas, an employee since 2012, demonstrates the value of energetic and resourceful people in the philanthropy sector. Finding only part time work in his field of electrical engineering during the economic crisis, an opportunity to work at Food Bank quickly revealed his transferable skills – and his love for its mission. He was delighted to use his management ability to implement the best practices he learned from FEBA in pursuit of ever more efficient ways to obtain and distribute food. “Our message to the Hellenic Diaspora,” Dimitrios said, “is that we are happy and feel fortunate to see that Greeks, even those so far away, think about us and support us. It is very important for us to see, in a very practical way, that we are not alone”.

Maria Allwin, THI Board Member, stated: “The Food Bank illustrates the reality that the effects of the Greek economic crisis will linger in the form of a weakened ability to confront new challenges. Thankfully, THI is able to work with groups like Food Bank that are able to immediately help people in need.”

Michael Printzos, THI’s Program Director, stated: “The funds THI raised during its first ever virtual Gala are already supporting the ones who need it the most. Covid-19 continues to ravage communities in Greece, creating for many food insecurity. This THI gift will allow the Food Bank to purchase food items that are rarely donated but remain very important for a healthy and nutritional diet.” 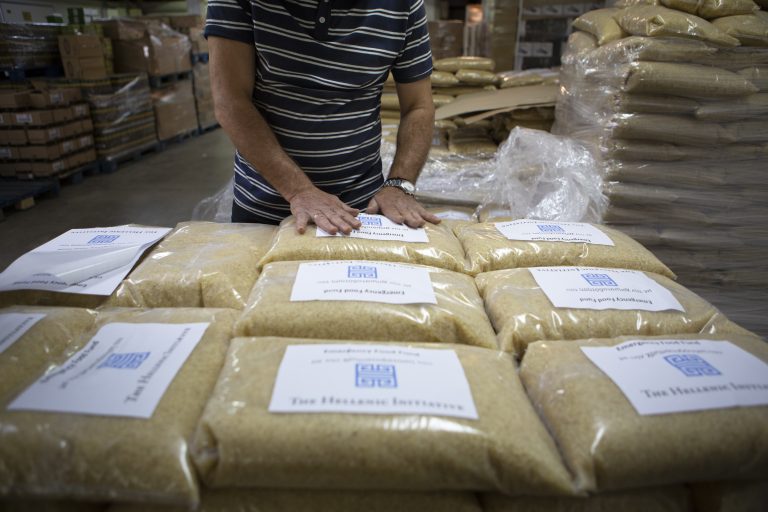 Throughout 2021, Food Bank, funded by The Hellenic Initiative, has the opportunity to buy standardized long duration and great nutritional value foods for 150 soup-kitchens and charities throughout Attica, with final beneficiaries of more than 54.000 of our fellow human beings.

With the support of The Hellenic Initiative

we have already offered

0 +
portions of food
the calculation is based on methodology from a relevant government program, with more conservative calculations by 30%

Emergency Food Fund is an umbrella program, which includes discrete food purchase actions from specific funds for vulnerable people’s nutritious needs. The program launched within 2020, due to needs that emerged from the pandemic.